Khabar Lahariya is India's only women-run brand of ethical and independent rural news. Today, it reaches 5 million people every month through multiple digital platforms. It has a network of 25 women reporters across 16 districts of Uttar Pradesh and Madhya Pradesh, who run a hyperlocal, video-first news channel, broadcasting news primarily to audiences in remote areas of Uttar Pradesh and Madhya Pradesh with more than 150 million views, & 540,000 + YouTube subscribers.

It was launched in 2002 at the end of an adult literacy programme for rural women, and co-founded by Meera Jataw, Shalini Joshi, and Kavita Bundelkhandi. Kavita is the current editor-in-chief of Khabar Lahariya. Initially, it started with a staff of seven women, who wrote and produced a fortnightly newspaper in Bundeli and Hindi languages. The publication covered everything from local to global news, all reported from a feminist perspective.

With its roots in Bundelkhand, we are now working to expand the brand Khabar Lahariya, which has been working to bring women into media for 20 years in different districts of Uttar Pradesh, Madhya Pradesh, and Bihar.

In November 2021, a revamped and all-new avatar of a subscription product, KL Hatke, was launched with more diverse premium content offerings for Khabar Lahariya's growing national and international English-speaking audience. 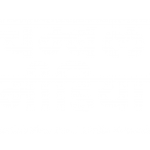 HOME
ABOUT
OUR WORK
GET IN TOUCH
KHABAR LAHARIYA

Developed on WordPress by Sputznik